“No matter.” The Enemy Hurricane redistributed mass to build a new thumb. “Wheel or no Wheel, I’ll end you just the same.”

Lucille smirked and bit her own thumb. “Ikuzo.” 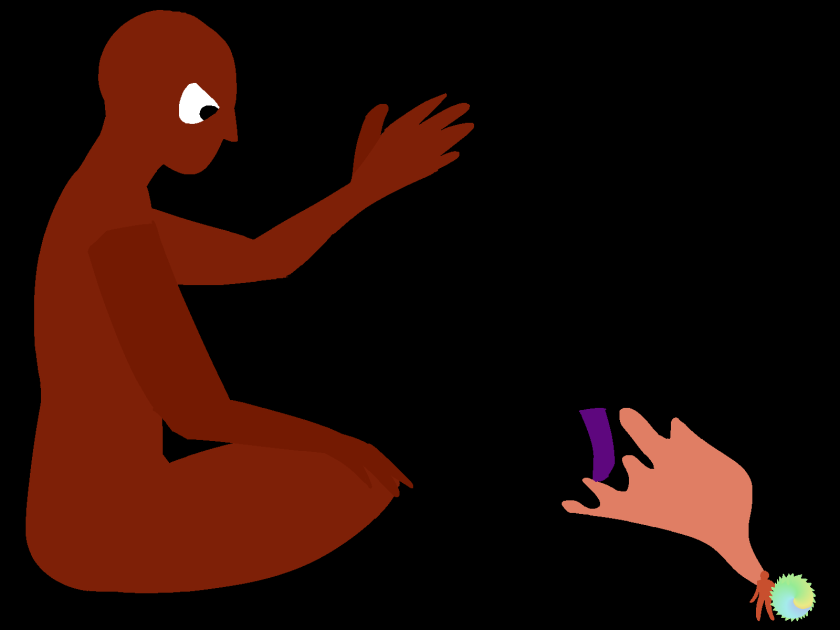 The Wheel increased in diameter to match their new height. Lucille pulled levers with both hands. “Eisu, Fumiko, advance!”

“If we get much larger we won’t be so agile,” warned Daisuke. The Enemy Hurricane kicked at them.

“Ora!” Lucille smiled as they sliced the sole off the Enemy Hurricane’s foot. “If we get much larger we won’t need to be agile!” 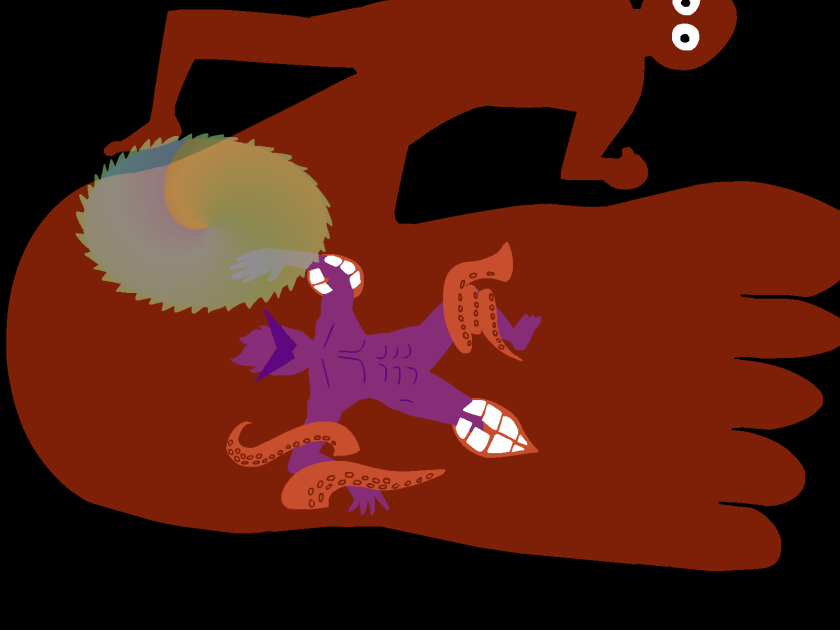 “Retreat!” shouted Lucille. Eisu and Fumiko pumped steam from the Galaxy Zephyr’s feet, but chomping teeth restrained them. Daisuke made the left hand blast steam from its palm and Charlie swept the Wheel to slice tentacles. At last the Galaxy Zephyr freed itself and fled from the Enemy Hurricane’s reach.

Lucille hid silent tears as she assessed the damage to her robot’s armor. Awful gashes ran light-years deep through its purple flesh. Bite-marks almost severed their legs at the thighs. Medical-personnel flew through the purple flesh tending to injured pilots, but who could heal the Galaxy Zephyr itself?

“Don’t worry,” said ZAP’s bird-pilot, speaking on behalf of Akayama. “I’ve updated our immune-system.” The giant robot’s wounds flooded with rivers of liquid gold which quickly set and solidified. The Galaxy Zephyr was repaired like a shattered and restored vase.

Lucille laughed and wiped her cheeks dry. “Daisuke, you were right. Getting bigger is slowing us down.”

“We just need to keep our distance from the Enemy Hurricane,” said Eisu.

“We’re getting used to its gravity, that’s all!” promised Fumiko.

Lucille wasn’t sure. “Bird-thing, how can we counteract sluggishness when we get bigger?”

“The bottleneck is our Hurricane Armor,” said ZAP’s bird-pilot. “Its merged mind has only a hundred pilots, and we’re spreading them thin. We can’t control our immense mass in a timely manner.”

“So our armor needs more pilots?” Lucille stared down the Enemy Hurricane advancing on them. “Minah. Any volunteers to be merged with our robot?”

Lucille looked at the spinning Wheel. “Sou da. We’ll add pilots to our armor as soon as we’ve made them. But how? What do we do?”

Lucille magnified the image on her main monitor. Her Wheel’s rim had blades like the teeth of a circular saw. As the Wheel spun, the blades spun too, but a silver circle near the rim remained stationary. “Charlie, Daisuke, turn the Wheel so its flat side faces me.” 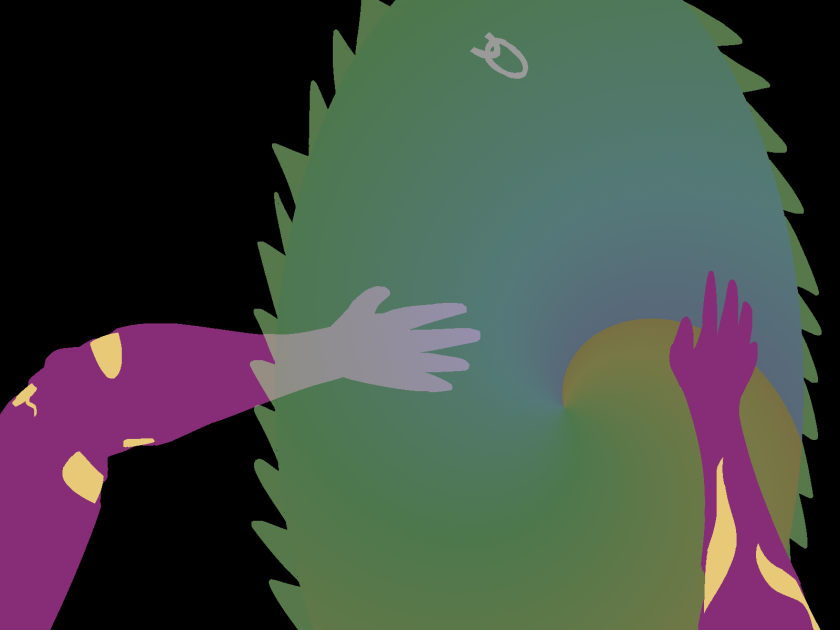 Now Lucille saw the silver circle was the first link of a chain. The next link was half inside the Wheel, which seemed impossible, because the Wheel was almost two-dimensional and each link was light-years thick. “When you pull the Chain,” explained the bird-pilot, “I’ll send a potent specimen from Earth’s recreation to help pilot the Galaxy Zephyr.”

The Enemy Hurricane spread its arms and clapped at the Galaxy Zephyr. Eisu and Fumiko barely propelled the robot to safety before the clap could crush them. Charlie and Daisuke swung the Wheel and sliced the tips off two fingers. The Galaxy Zephyr nabbed one fingertip, but the Enemy Hurricane claimed the other and reabsorbed it. “You’re a pesky little thing, aren’t you?” it asked with its eyes.

“Escape this if you can!” The Enemy Hurricane melted its humanoid shape into a blob. The blob flattened into a sheet.

“It’s capturing us in a bubble,” said Daisuke.

“A bubble,” scoffed Charlie. “Doesn’t it know we could cut right out?”

“Not necessarily,” said Lucille. “Our Wheel’s only so wide. The Enemy Hurricane could be too thick to cut through in one swing, and it’ll be harder to attack the interior of a hollow sphere than an enormous human body.”

“What do we do?” asked Fumiko.

“We call reinforcements,” said Lucille. The Galaxy Zephyr held the Wheel in its left hand, and its right hand pulled the Chain.