Faith lost count of how many times she wrapped the white wing across reality’s green circle. It took ages to make the trek but the wing was so fluffy and sweet-smelling Faith didn’t mind the time. She flew so easily she wasn’t sure if she dragged the wing along or if the wing propelled her and she merely directed it. 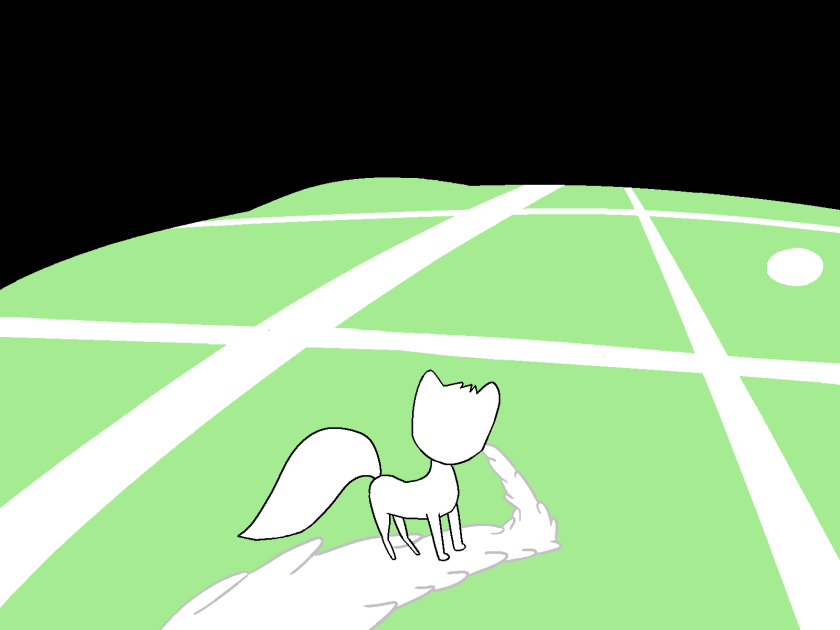 Each time she surfaced she admired her handiwork. Her arcs wrapped the white wing near the circle’s center, but not too near because the Heart warned it might tempt her. Still, she couldn’t imagine anything more ensnaring than the sweet scent of the white wing.

The Heart warned Faith the wing might speak. Faith never heard it, but it was an excellent listener. When she whispered secrets into it, warmth washed over her.

“You smell familiar,” Faith said through her teeth as she gripped the wing again. “What’s the name of your perfume?”

The wing did not respond but Faith pretended it did.

“I’m sure I’m hallucinating,” said Faith. “I bet you’re a real person sitting with me wherever I’m tripping. Thanks for the company!” The wing cradled Faith as they wrapped the Wheel. Faith kept wrapping until the Heart of the Mountain appeared so swiftly her jaw dropped. “Bug-Bird! What’s up? Is the Wheel still wobbly?”

“The Wheel is sturdy thanks to you.” The Heart took the wing from Faith with ten human hands. “I have another favor to ask.”

“I met a visitor on the Mountain in an awful state. I dare not grant them Zephyrhood in their current condition. Please take them to Anihilato.”

The Heart swaddled Faith in the white wing as if tucking her into bed. “Take them into the desert and leave them in a deep valley.” The wing coiled like a carpet and spun Faith until she lost consciousness.

Faith woke on the red mountain when she felt sun on her fur. She stretched and yawned and opened her eyes.

The visitor was a ball of shuddering teeth whose cracking crowns caused such cacophony Faith cowered behind rocks, eyes closed and paws over her ears.

When the cracking stopped she peeked around the rocks. In place of the teeth ten thousand worms tussled in a puddle. Faith wouldn’t tackle teeth but she’d fought worms and won. She skulked behind them.

Just before the worms escaped off the ledge Faith nabbed them in her teeth. “Nice try!”

Faith turned into a cloud and carried the worms far from the red mountian. Being a cloud was almost as fun as being a fox, but she was on business so she didn’t dally with fanciful flights. She whisked the worms over the desert and chose a valley between two dunes.

Rather than drop the worms from altitude she decided to descend and set them on the sand—but when she looked down she froze in fear of the height and fell like a hailstone. When she hit the sand she burst into snow. The worms scattered across the valley.

Faith’s collected herself and shook out limbs. “You wormies doing alright?”

The valley collapsed into an antlion’s conical deathtrap. She kicked and shouted at the monster emerging from the center. It whipped arms from underneath the sand and grabbed Faith by her hind legs. “Hey! Leggo!” 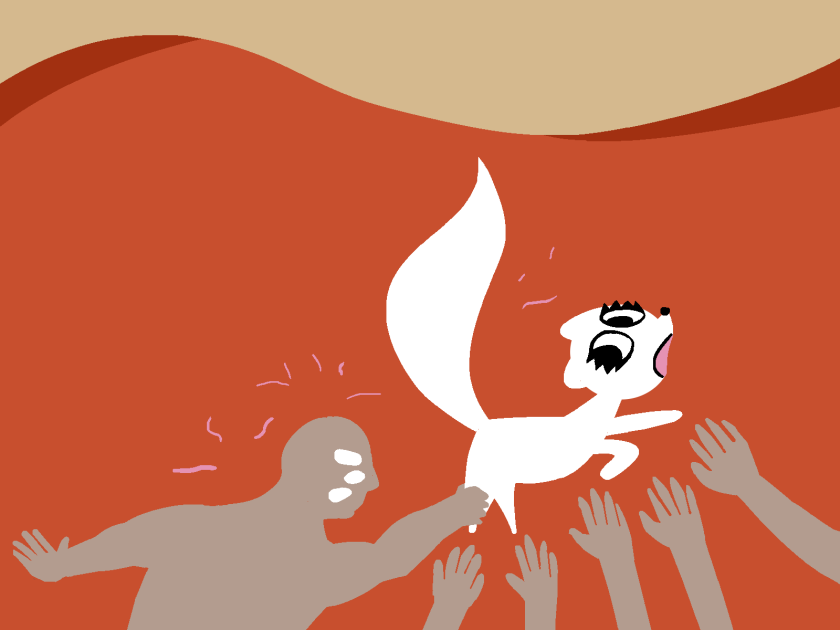 “No! Stop!” said Faith. Anihilato used twenty arms to smush her into shapeless snow. This freed its hands to eat worms off the sand. “Ew, gross!”

“Gross?” Anihilato licked worm-guts from its lipless mouth. “My hunger knows no disgust. I eat my own eggs just because the yolks are warm.”

“I eat worms too, but at least I’m not one myself!” Faith’s snow morphed around Anihilato’s fingers. Anihilato oppressed her with palms while it ate the last worms. “Uugh! Hey!” Faith steamed through Anihilato’s grasp. The more Anihilato swiped at the steam the more Faith aerosolized. She formed a cloudy fox above the monster. “You’re Anihilato, right? I figured you were awful.”

“You inspire something in me for sure.” She hovered just above Anihilato’s grasp. “You got your worms, so I’m leaving.”

“No!” Anihilato reached higher than Faith thought possible. Its muscular back held it upright like a snake charmed from a pot. She still steamed through its fingers. “You belong to me! I own you!”

Faith climbed water-vapor like a spiral staircase. “What’s that supposed to mean?”

“Your Eternity-Card is in my box of souls!”

“Huh?” Faith floated well out of reach. “Bug-Bird didn’t mention anything like that.”

“Mentioned or unmentioned you’ve died and your soul is rightfully mine. Descend so I might obliterate you.”

“Oh, really? Is that what the Mountain told you?”

“You wouldn’t mind descending to your obliteration if this was hallucinatory.”

Faith considered Anihilato’s offer. Anihilato blinked its six eyes. “No,” said Faith. “If I’m hallucinating I’ll go where I choose. And I’d never choose to be down there with you ever again!”

“Where do you want to be, pray tell?”

“Keep talking.” Faith ascended. “I see why Bug-Bird keeps you way out here.”