Faith remembered blinding light, and then she remembered a rust-colored desert with an empty yellow sky.

She climbed a dune on four paws. Near the crest, she noticed tiny holes in the sand. She couldn’t resist clawing at the holes until she uncovered a wriggling worm. She slurped it from its hole like spaghetti. As she chewed, she realized it was totally gross. Why had she done this? Was it worse to spit, or finish the job?

She glimpsed her tail. She noticed the black nose on her white snout. “I’m a fox!” she said. “I must be hallucinating.” Foxes can eat worms, so she swallowed.

Atop the dune, she surveyed the desert. Dunes wrinkled from horizon to horizon. A red mountain sloped like the Pyramids of Giza. Faith leapt and let warm wind carry her into a valley with three giddy glides.

In the valley, Faith sniffed a new scent. She sleuthed for the source and found dry grass. The grass snapped at the slightest touch, and the roots reacted by wriggling. Faith bit the roots and pulled them to the surface.

“Huh.” She’d unearthed two cockroaches whose spindly legs were roots and whose antennae were stalks of grass. “People actually smoke these things? Yuck.” She rolled them with her paw. Roaches were thicker than crickets, but stubby. They came wrapped in their own wings right out of the dirt. They smelled like burnt spices. “I don’t even have a lighter. Sheesh.” She tucked a roach behind each ear for later.

She found a hole as big around as her paw. Was it left by a worm just as wide? She salivated and dug until she found its pink nub. She bit it and pulled. The worm squirmed and its pink nub slipped under the sand. “Shucks.” Faith resumed digging.

A thunderclap made her pause. The Heart of the Mountain, the Biggest Bird, flew over the valley on a forty-foot wingspan and a sonic boom. It landed without legs, without claws, just robes-to-sand. The bird stashed its wings in its sleeves. “Let me show you how it’s done.” It bent over the hole and examined the worm-nub.

A blue tentacle slithered out one sleeve. The tentacle was too thick to probe the hole, but pulsated to narrow its tip. The slim tentacle-tip extracted the worm from its hole with surgical precision.

“Wow!” Faith tried to clap her paws. “You’re really something, aren’t you!”

“Indeed.” The Mountain’s Heart ate the worm with its stout yellow beak. Then it examined Faith with its compound emerald eyes. Thousands of crystalline lenses focused on the white fox. “We’ve met. Your name is Faith.”

“Uh-huh! And you’re the Heart of the Mountain.” Faith sat. “I met you during my first centipede-trip!”

“Do you know why you’re here?”

“I see.” The Heart sprouted wings from its sleeves and splayed feathers on the sand. “Climb me.”

“Sure!” Faith walked up one wing. “Where are we going?”

“Gee.” Faith sat on the Heart’s head. “Is the Wheel spinning?”

Facets of the compound eyes slid around the Heart’s head to peer at Faith. “Why do you ask?” 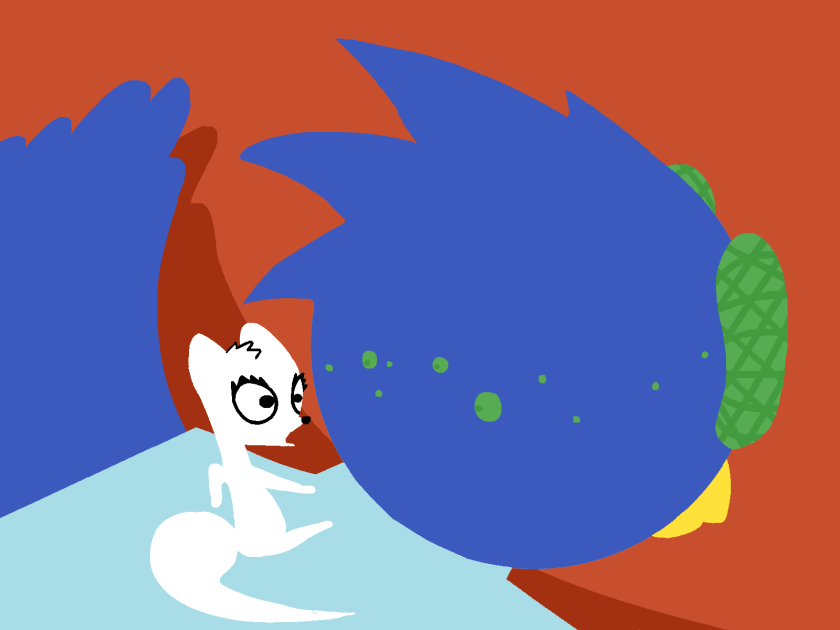 “Aaugh!” Faith reared away from the sliding eyes. “Last time we met, you wanted to stuff me in a mountain because the Wheel was spinning. Is it spinning now? Am I a Zephyr?”

“We’re all Zephyrs, at the end.” The Heart collected its eyeballs and steam poured from its robes. Faith clung to the Heart’s head and they zoomed above the dunes. “As it happens, the Wheel is in danger. My duty is collecting worms to make Zephyrs.”

Faith was flattened on the bird’s back as they blasted through the sky. “Why does the Wheel need worm-Zephyrs?”

“One worm means little, but every ounce counts.”

“Okay, this is confusing,” said Faith. “Did you know there’s an old Japanese cartoon with giant space-robots called Zephyrs, too? What do you mean by Zephyr?”

“I use the term broadly,” said the Heart. “I know those robot-Zephyrs, and when I say Zephyr, I mean them as well. Every conceivable concept will be in my Mountain at the end of the eternities.”

Faith marveled at the red mountain’s approach. “How many Zephyrs are there?”

“Uncountably many,” said the Heart.

Faith smiled. “That sounds plenty countable. How many Zephyrs are there?”

“It depends on how you count them. Zephyrs overlap.” The Heart tilted feathers like airplane-flaps. “One might say there are just a few thousand.”

The Heart sighed. “The most efficient Zephyrs contain many of their companions, so with the right outlook—”

“But how many Zephyrs are there?”

“Just two, myself and the other.”

“But how many are there, really?”

Faith giggled. “But honestly, how many Zephyrs are there?”

Faith leapt onto the mountain. “Are you gonna shove me in a hole? Am I gonna be a Zephyr?”

“Not yet.” The Heart stomped. A dark cave opened. “I need an assistant. You have remarkable physical capability compared to the worms I generally find.”

Faith looked into the cave. She couldn’t see how deep its darkness ran. “Is this a job-offer?”

“You would attend to the Wheel while I collect worms. You would not be a Zephyr—you would be the wisp of my will.”

“I’m interested.” Faith lolled her head. “But I don’t know enough to take you up on it.”

“Then let me give you a tour,” said the Heart. “I’ll get the place ready for you.” 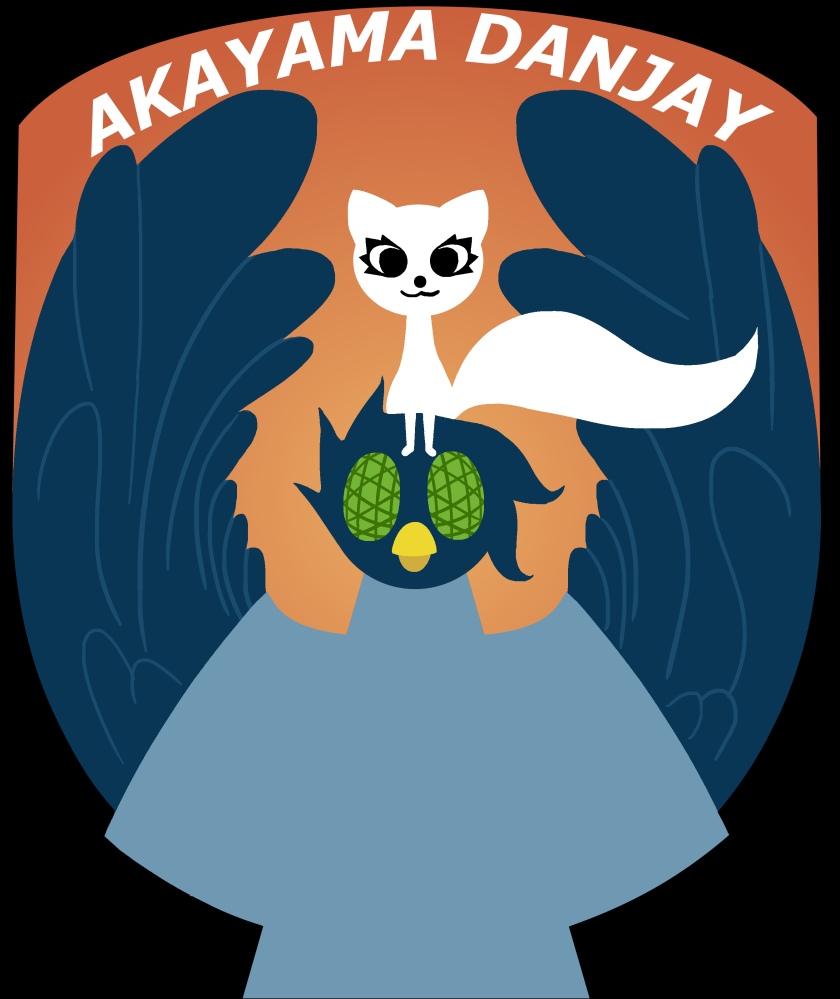