Teeth ground down the amoeba until all that remained was like a cramping gonad the size of a soccer-ball. So many teeth bit the flesh-sphere that it seemed made of teeth and nothing else, even while sensitive gums suffered silently inside. The teeth swirled on the surface as if conveyed by convection. A deep whine from the center increased in pitch and volume.

The tooth-ball bulged. A narwhal tusk, spiraled and spinning, drilled three feet skyward before the tooth-ball rolled and stubbed the tusk on the mountain. Still the tusk grew longer and thicker. Its thickening cracked other teeth. The cracking of teeth was the source of the whine, which had become a shriek.

The tusk stretched gums until they snapped. Broken nerves burned in dry air.

When the tusk surpassed twenty screeching feet, the tooth-ball shuddered, then expanded and contracted like a lung. The teeth retreated into the gums, leaving pores which gasped for air. Each wheeze pulled the tusk back into the ball until it was totally hoisted within.

Finally the ball of gums breathed easy. It relaxed into brown slime which spread in a muddy disk.

Then pseudopods danced from the mud like goop on a sub-woofer. The longest pseudopods grappled and merged where they met.

The merged pseudopods wriggled like earthworms. As more worms formed, the mud became clearer. When the mud was just a puddle of water, ten thousand worms were tangled in pandemonium.

The tangled worms wriggled as one. The dusty red mountain disturbed them, and they yearned for soggy soil. They crawled to the edge of the mountain and felt sheer cliff-face. If they jumped, the impact would be painful, and the sand would cut like hot knives, but then they could dig into moist darkness. They leapt! 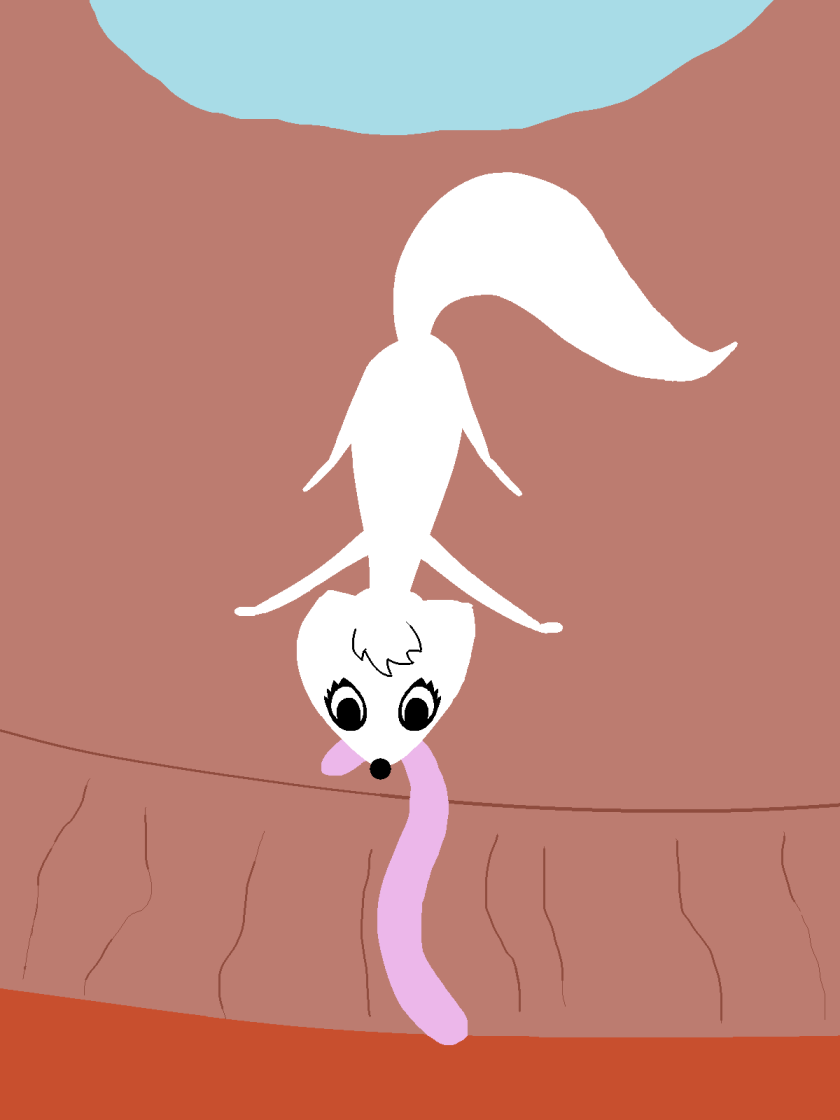 A white fox bit the worm-heap like it was a venomous snake and dragged it back onto the red mountain. She threw her head to toss her prey and chomp again with greater grip. The worms tried escaping, every-worm-for-itself, but they’d tangled too thoroughly to separate. The fox beat them senseless against the ground.

The fox exhaled. Her breath froze the pink worms white and blue. Then she sat on her haunches and closed her eyes. Her body evaporated to join her tail’s misty mass. Her cloudy form descended over the worms and swirled faster and faster until she lifted them away from the red mountain, into the desert.